By Mark Ragg. This article first appeared in Croakey on 19 February 2019

A treaty between the Northern Territory and Aboriginal peoples has inched a step closer with the appointment of Mick Dodson as the NT’s first Treaty Commissioner.

Professor Dodson, a Yawuru man who was Australian of the Year in 2009, is a long term advocate for land rights for Aboriginal and Torres Strait Islander peoples, and has worked as a solicitor, barrister, counsel assisting during the Aboriginal deaths in custody royal commission, and academic.

‘I want to congratulate the NT Government for initiating this very important treaty process,’ he said. 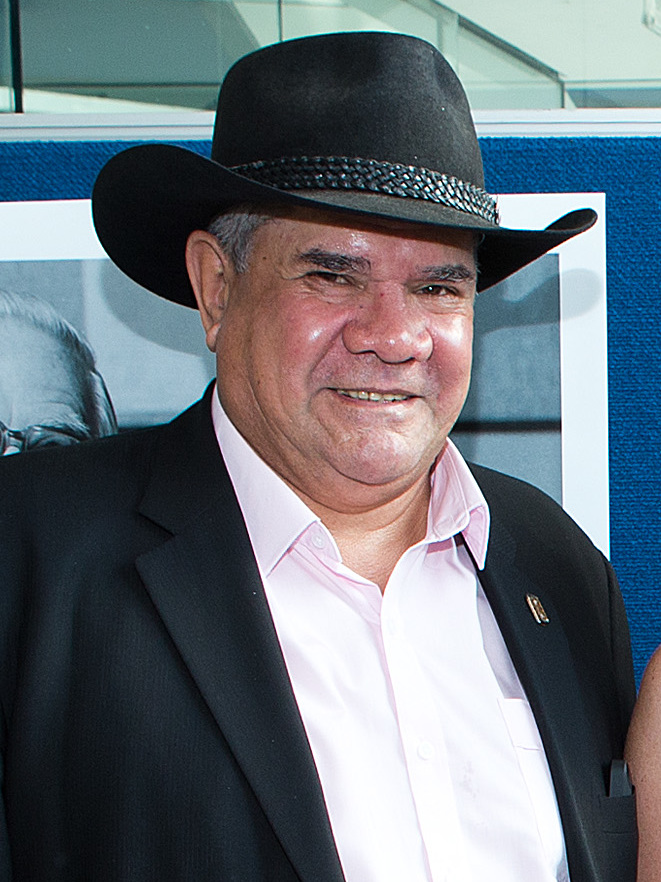 ‘We as a nation must come face to face with our dark and traumatic history. We must confront the impact of colonisation and begin the process of acknowledgement, recognition and healing. The NT has embarked on dealing with this task by this courageous step of setting up this Commission.

‘I was born in the NT and lived and worked here for over half my life, so I feel well equipped for this role. I know it’s a tough challenge, however I am looking forward to talking to Northern Territorians and sharing their views on where we go to from here.’

According to AAP, he will be asked to determine:

He will be responsible for:

Professor Dodson’s appointment was welcomed by all four NT land councils involved in the treaty process.

Some progress in Victoria

The Northern Territory joins Victoria as jurisdictions which have made some slow progress towards a treaty.  Victoria has started with process of working towards a treaty by passing the Advancing the Treaty Process with Aboriginal Victorians Act 2018 and appointing Jill Gallagher as Treaty Advancement Commissioner.

In South Australia, treaty negotiations started with a number of different Aboriginal groups, including the Ngarrindjeri, Narungga and Adnyamathanha communities. A Treaty Commissioner, Dr Roger Thomas, was appointed in February 2017, but the treaty process was scrapped in June 2018 by the incoming Liberal government.

Labor parties in Tasmania, NSW and Queensland have said they would be open to treaties if they won power.

Federally, the Uluru Statement from the Heart seeks ‘a Makarrata Commission to supervise a process of agreement-making between governments and First Nations’, and also requires truth-telling about Australia’s history. It was rejected by the Liberal Government, but retains strong support in the community.

The appointment of Mr Dodson comes a week after Reconciliation Australia found that ‘support for reconciliation and for a greater Aboriginal and Torres Strait Islander say in their own affairs continues to strengthen’.

The CEO of Reconciliation Australia, Karen Mundine, said the barometer showed a steady strengthening of the indicators for reconciliation and improved relationships between Aboriginal and Torres Strait Islander people and other Australians.

‘Among these indicators is the encouraging fact that 90% of Australians believe in the central tenet of our reconciliation efforts, that the relationship between Aboriginal and Torres Strait Islander people is important, and that 79% agree that Aboriginal and Torres Strait Islander cultures are important to Australia’s national identity,’ she said.

‘More Australians than ever before feel a sense of pride for Aboriginal and Torres Strait Islander cultures; this has risen to 62% from 50% in 2008 when the first barometer was conducted,’ she said.

By Mark Ragg. This article first appeared in Croakey on 19 February 2019

Does anybody have a copy of "The Bugalwena Service: Our story of a partnership in health" written in 1996 by Pauling, Salisbury, & Bellear. Can't find it for sale, and local library closed. Hoping to borrow or buy, with thanks