The enormous load on Aboriginal and Torres Strait Islander leaders

Donnella Mills is a Torres Strait Islander woman who is on the board of Wuchopperen Health Service, a community-controlled health organisation based in Cairns, and a lawyer with LawRight, a community legal centre that coordinates the provision of pro-bono civil legal services to disadvantaged and vulnerable members of the community. Two years ago she became deputy chair of National Aboriginal Community Controlled Health Organisation (NACCHO), and recently became chair.

She spoke at Health Justice Australia’s recent conference Health Justice 2019 of the impact of the workload with its long hours and sense of obligation to others.

‘I’m very blessed that I come with a couple of different hats. I have a significant role in my community where I’m seen as a leader, and with that comes an enormous amount of responsibility and duty,’ she said.

Working at both Wuchopperen and LawRight has been extremely challenging, she said.

‘We have two systems. I have my customary way of being, which is some that is 24/7. I’ve often said to the executives at LawRight that I don’t get to stop being black at 5 o’clock. That’s something that is continuous.

‘And then also meeting the demands, within that legal framework, of LawRight. They two don’t meet in the middle because the expectations of my community are far-reaching.’

When the role with NACCHO is added, it’s ‘not sustainable long term,’ she said.

‘It has a disproportionate impact on me, because I’m working with my own families, I’m working with my kin. It comes with many complexities. I have success, I have this wonderful role, I’m so passionate about it and I’m in a community where my people are living in poverty.

‘But disproportionately the impact is enormous, I don’t want to make that less significant than what it is, but it’s a space that I cannot be in for too long because it’s really soul-crushing to work across systems that are so challenging. So much energy is required, and I have a huge amount of energy, but I know that it will come to an end before too long, I look to other practitioners across the health and justice domain – we have to work in teams, we have to collaborate.

Law is not fair and just

Eddie Cubillo, an Aboriginal man with strong family links throughout the Northern Territory, is now Senior Indigenous Fellow at the University of Melbourne’s Law School. He has been executive offer with National Aboriginal & Torres Strait Islander Legal Service (NATSILS) and director of community engagement for the Royal Commission into the Protection and Detention of Children in the Northern Territory.

He has written previously about the cost to Aboriginal and Torres Strait Islander advocates when governments fail to act.

In addressing Health Justice 2019, he said: “I did law because I thought I was going to change the law, but you do first year and you realise law is not fair and just.” Cubillo spoke of the incredibly long hours put into the Royal Commission, and the commitment to the cause, but that it never left him.

When you go home, people are really questioning your participation, and [asking] where does your allegiance lie.

When other people work in organisations they can go home and switch off, but blackfellas we can’t you know – people find your number and people find where you live … it’s really hard to get away from it.

In the end you become really cynical, or you don’t want to have anything to do with the space, or you just go through the motions, because it takes a huge toll on you.

That load carries through to people who may not be national leaders, but carry a weight by working in mainstream organisations.

I’ve been working recently in partnership with Dr Megan Williams, head of Girra Maa, the Indigenous Health Discipline at the Graduate School of Health, UTS, and in some of our work together we’ve interviewed Aboriginal and Torres Strait Islander people working with mainstream organisations in justice and in health.

One of the common threads to arise from our work is what can be termed the cultural load. This is the load borne by Aboriginal and Torres Strait Islander people in the workplace where they are either the only Indigenous person, or are one of a small number of Indigenous people.

Expectations of families and communities

Because of the skills gained through education and their positions of influence, there are also expectations from their families and communities that Aboriginal and Torres Strait Islander people working in mainstream organisations will be able to ‘solve’ the problems they set out to address, whether that’s at an individual level or at a national level.

These issues speak to the lack of development of the mainstream health and justice sectors. They represent the mainstream norm, and while they suggest some inclusivity, they also suggest a struggle to fully internalise the cultural respect they may be seeking to uphold.

Possible solutions will vary according to the workplace and the sector, but acknowledging that such a cultural load exists at a personal level is a start. More formal approaches, such as looking at career progression criteria and formal recognition of cultural load in wages and working conditions, are also an option. 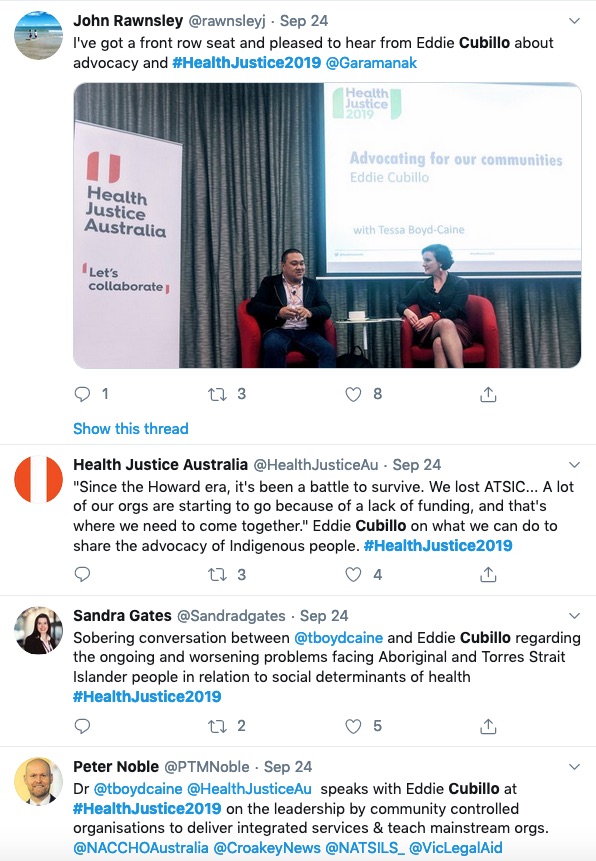 This article was first published by Croakey in November 2019